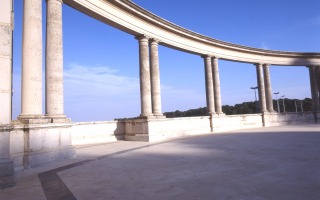 The Hebrew University of Jerusalem (HU) climbed 13 places to rank 77th among the world’s top universities and number one in Israel, according to the 2022 Academic Ranking of World Universities (ARWU).

Topping the list were Harvard, followed by Stanford, MIT, Cambridge, and UCLA Berkeley.  Two other Israeli universities placed in the top 100, as well—the Technion and Weizmann Institute both shared the 83rd spot.  This is a major achievement for Israel’s higher education at large and for Hebrew U., specifically.

Upon hearing the news, Professor Asher Cohen, president of the Hebrew University, shared, “Hebrew University’s success in this year’s rankings is a testament to our ongoing academic and research excellence.  To date, we’ve made notable achievements in a variety of disciplines, have developed lifesaving medicines and established influential companies in cutting-edge industries, placing Israel at the forefront of science worldwide.”

Rector Prof. Barak Medina noted, “Hebrew University is a symbol, an exemplar of uncompromising excellence in research and equal access to higher education.  Our researchers are involved in theoretical and applied sciences and stand at the forefront of science that will change our lives for the better.  Thanks to our wonderful student body, faculty, staff and academic partnerships with leading universities worldwide, Hebrew University’s reputation has been forged as a local and global leader, and a key driving force behind Israel’s thriving economy and society.

ShanghaiRanking’s ARWU, published annually, is considered one of the most reliable ratings in academia. It assesses the quality of research at academic institutions and is based on various indicators including the number of faculty members and alumni who have won Nobel prizes and Fields medals, the number of articles published by researchers in leading scientific journals, and the extent to which researchers’ articles are cited by their peers.  The full rankings are available at http://www.shanghairanking.com/ 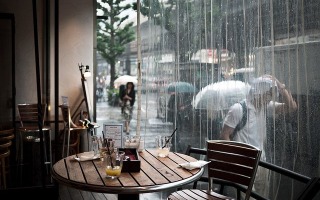 Hebrew U. Research Shows How a Rainy Day Affects Our Reviews of a Past Stay in a Hotel

Gone are the days when people relied on recommendations from friends and family before making consumer purchases, choosing a vacation destination or perhaps even when casting a vote.  Today, there is a whole online community influencing us.  Understanding how opinions are formed and decisions are made in our online world is the focus of the research by Dr. Yaniv Dover of the Jerusalem Business School and the Federmann Center for the study of Rationality at the Hebrew University of Jerusalem, Israel (HU). His latest publication, in one of the top leading journals in management, the Journal of Consumer Research, shows that even the weather of the day can color our perception of past experiences.

Dover's research, done in collaboration with Prof. Leif Brandes at the University of Lucerne, Switzerland, used 12 years of data and 3 million hotel bookings to examine how 340 000 anonymous online reviews of hotels were influenced by the weather on the day they were written.  This was a far from simple evaluation that included matching between the booking made by the consumer and the written review, identifying the weather at the location of the reviewer, the star rating given, classification of vocabulary used to describe the stay, and the weather experienced during the stay at the hotel.  The researchers also used a special statistical model that takes into account both the decision to provide a review and the content of the review.

The results showed conclusively that, on average, bad weather (rain or snow) reduced the reviewers’ evaluation of their past hotel experience sufficiently to nearly demote the hotel from a 5- to a 4-star rating. Bad weather also made reviewers write longer and more critical and detailed reviews. They also showed that on rainy days there was a higher chance of choosing to write a review and that the effect of weather on the review was independent of the weather they experienced during the hotel stay. The authors suggest that this effect may be because bad weather days trigger more negative memories, or induce a negative mood which colors the review.

This research is interesting in itself but has much wider implications because it shows, for the first time, how our external physical environment—in this case the weather—can be a factor in our online judgments. Dover explains that this type of research "exposes an aspect of the dynamics of our new digital world… and can help policy makers frame policies to better engineer a more productive and healthy effect of online activities on our daily lives." 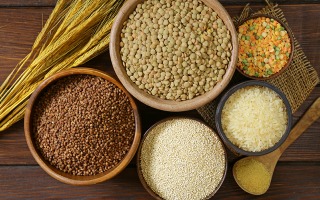 Hebrew University Researchers Provide Timely Understanding of Putin's Food PolicyRecent headlines of a deal between Russia and Ukraine on the export of Ukrainian grain have focused attention on the vital role of these key providers in global food markets. A timely paper by Hebrew University of Jerusalem (HU) researchers on the political role of food in Putin's Russia presents a detailed analysis of Kremlin policies on food security from a historico-political perspective.

Read More
It shows how Putin's determination to develop Russian agriculture has, at the moment, paid off – not only by protecting Russia from threats of food sanctions but also by providing political control over the countries dependent on Russian grain imports. The paper was published in the recent issue of the Journal of Democracy.

The authors, Professor Yitzhak Brudny and two former doctoral students Dr. Janetta Azarieva and Prof. Eugen Finkel, present in this paper, "Bread and Autocracy in Putin's Russia," an overview of Putin's policies of nutritional self-sufficiency that now enable Russia to use food as both a shield and a weapon.  A book of the same title will be published by Oxford University Press.

This paper provides an important perspective for understanding global politics. As Prof Brudny explained, "It highlights the importance of food independence for authoritarian regimes…We take food for granted but non-democratic countries can only survive if they keep prices down." And that is problematic in closed markets without competition.

The paper charts how every major development in Russian and Soviet history since the 1917 revolution has either been driven by or closely associated with the availability of food. Indeed, it explains, how food scarcity in the USSR during the 1980s doomed President Mikhail Gorbachev's plans to revitalize communism.  It also shows that in 1992, Putin, as the vice-mayor of St Petersburg was committed to a policy of food security for the city.  The plan was a disaster but as soon as Putin became president in 2000, he embarked on a path of securing Russia's food independence from imports. The success of his policies owing much to the skills and professional expertise of the Minister of Agriculture (1999-2009) Aleksei Gordeev.

But total self-sufficiency brings its own problems. The system is vulnerable, explained Azarieva, "A few agro-industrial companies, controlled by the state, in turn, monopolize food production in Russia … the lack of competition results in price rises." Putin has responded, she said, by increasing salaries and social welfare payments – all funded by Russia's considerable gas and oil revenues.

However, the country's revenues from grain exports have diminished – even though the West has not imposed sanctions on food from entering or leaving Russia. There is no point in sanctioning food imports when a country is self-sufficient, noted Azarieva.  However, sanctions on banks do impact the international network required to keep Russian exports flowing.  Further, silos are not emptying fast enough to provide storage for the next bumper harvest.  Countries of the former Soviet Republics anxiously await supplies, as does Turkey, and countries in North Africa and further afield. It is a complex interdependent web. This paper helps clarify and contextualize many of these complexities.